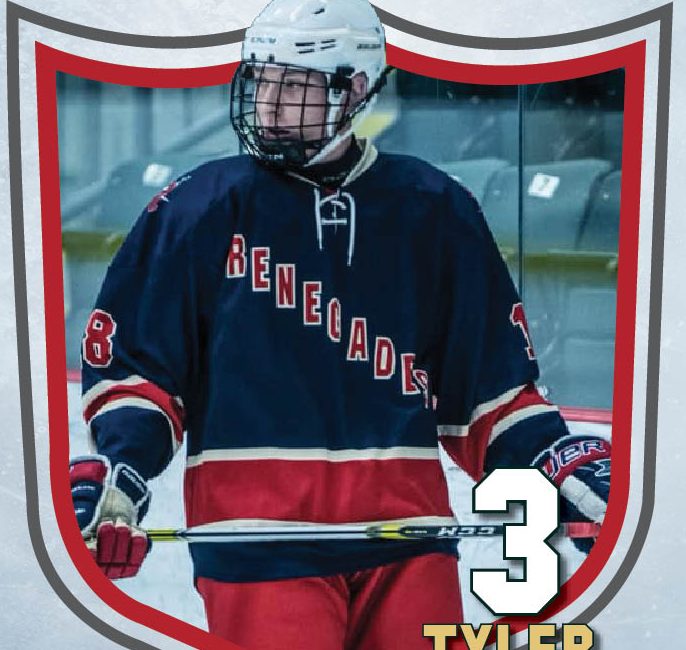 Number 3, Tyler Nickson. Tyler has just finished his third season as a Renegade in the Mary Brown’s St. John’s Junior Hockey League by winning the league’s Air Liquide Trophy (most goals regular season) with 31 goals. He started the playoffs with a bang by scoring another 7 goals in 4 games before the season was cancelled due to the pandemic. Last season, he had 21 goals, 23 assists for 44 points, and was a key player on the Renegades first-ever President Cup championship team 2018-2019. Originally from Quebec, Tyler was picked up in the 2017-2018 SJJHL draft and had a solid rookie season with 18 goals, 10 assists for 28 points. In 3 seasons with CBR, he has 70 goals, 50 assists for 120 points, and he still has another season to go! But Tyler is not just a scoring machine, he doesn’t take a shift off and also plays a very physical, intense style. You can bank on him being ready to continue his hot hand when the puck drops again in September. Congratulations, Tyler..