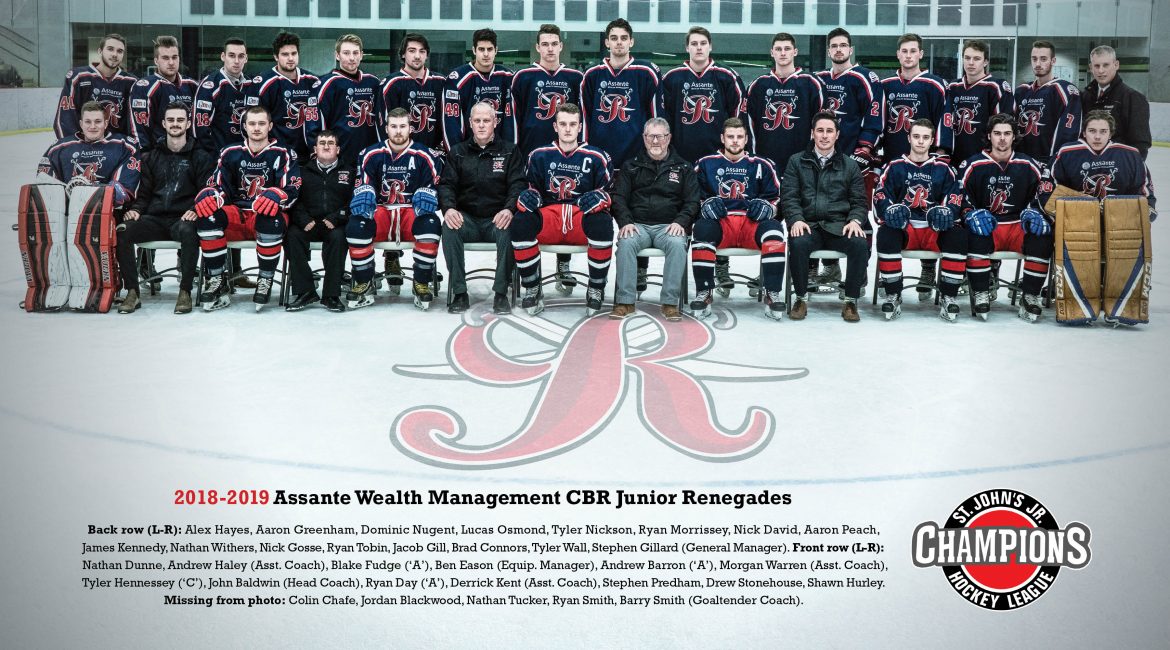 April 5th, Game 7, Jack Byrne Arena. Final series tied 3 games apiece between the CBR Junior Renegades vs Mount Pearl Junior Blades. After 3 periods of play, both teams are tied 2-2. The players prepare for Overtime. In the fifth period of play at 9:03, Drew Stonehouse scored on a breakaway to give the Renegades their first-ever Mary Brown’s Junior Hockey League title. Renegades defeat Blades 3-2 for the league championship and will represent the province at the Don Johnson Memorial Cup in P.E.I. April 23-28. Beside Stonehouse’s goal and one assist, Tyler Nickson and Ryan Day scored for CBR. This Game 7 saw one of the largest number of people to ever see a St John’s junior hockey game. With over 1,300 in attendance, this tops as the best season ever for the Renegades.